The Mango and citrus flavors provide refreshment and drink-ability not typically found in an IPA. Huracn Imperial Stout is bold and aggressive like the Mayan god of wind, storm, and fire for which it is named. The intense flavor of this black IPA comes from a base of Equinox and Amarillo hops. Aged in American Oak bourbon barrels with notes of vanilla, almond liqueur, brown sugar and toffee. The hint of lemon grass is reminiscent of the sunshine. Taproom exclusive. Food Pairings: Lamb Sausage, Munster Grilled Cheese, Korean BBQ, When the seas are calm and friends are near, this is the ideal beer for the beach. This perfectly balanced light lager features German pilsner barley malt and classic American cluster hops that are cold-fermented and matured to pour bright like the Tampa Bay sun. Intriguing, Lie To Me Chocolate Cherry Imperial Stout, Toasted Coconut & Vanilla Lie To Me Chocolate Cherry Imperial Stout, Dark Chocolate - Espresso - Dark Pit Fruit, Not The Greatest Pale Ale in the world, its Just the Tribute, Toasted Toffee - Dry Finish - King's Landing Favorite, Rich Molasses Dark Fruit Leatherbound, 7 Year Storm Bourbon Barrel Aged Imperial Rye. Balanced and very [], The second installment of the Big Storm Hurricane Series, our Dubbel features a deep reddish amber to copper in color with rich malty flavor. Real cherry and peach with a tart kick. 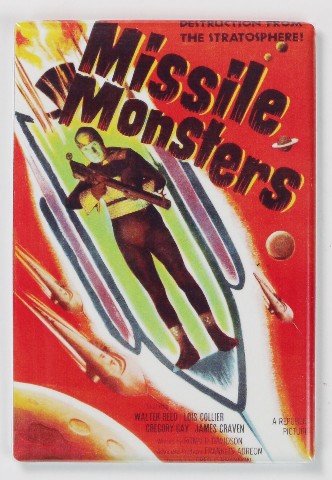 Taproom exclusive. Exclusively hopped with whole hop cones from Big Storms hop farm. Crafted to intrigue the palate and invoke thoughts of chocolate covered toffee, we partnered with William Dean Chocolates to create this speciality artisan brew. The walnut and hazelnut notes in our brown ale come exclusively from dark malts no nuts are used in the recipe!

A perfectly balanced beer, with a hint of ginger, that even your mother-in-law will like. Food []. This sour is cherry subtle in its fruited notes.

Slightly sour farmhouse ale with a subtle hint of strawberry. Inspired by the rich history of Ybor City, Florida. Each year to celebrate the anniversary of our first beer brewed, Big Storm creates a special limited release. Over 180 years ago, the reindeer you now know as Donner and Blitzen were originally named "Dunder and Blixem," which translates in Dutch to "Thunder and Lightning.".

The low malt aroma balances the fruity-ester aromas and the medium hop bitterness. A bronze medalist at the 2017 Best Florida Beer competition, Arcus rolls in with an intense citrusy hop aroma.

Food [], Full-bodied Scotch ale with flavors of caramel and roasted malt, Sweet and spicy Saison with notes of smokiness, coriander, and pepper, Bronze medal winner at the 2016 Best Florida Beer Championships, crisp and refreshing well-balanced pilsner. Characterized by its reddish amber color, this Belgian Quad has a 10.6% ABV with complex malt flavors and yeast esters leaving the Belgian fan with a warm satisfying experience. is a golden amber triple IPA bursting with mighty pine flavors. American Wheat Ale with a smooth texture, finishing with a hint of pine and citrus. Pouring a deep gold, this pale ale has delightful honeydew melon and lemongrass characteristics. This award-winning ale is well carbonated with fruity and spicy Belgian yeast character and a floral hop aroma. So he experimented with water chemistry to achieve just that. Taproom exclusive.

By the light of the silvery moon, home you ride side by side with [], Well-balanced Amber Lager with warm caramel flavors, Collaboration with King State Coffee, a deek black coffee porter with aromas of roasted coffee and tobacco, Well-balanced English Ale with notes of toasted biscuit, This pale ale is the perfect blend of two-row barley, Centennial and Motueka hops. The yeast strain gives a sweet note to the finish. Pours a deep garnet.

It presents a wave of flavor with two row Canadian barley coupled with Munich and chocolate malts. A dollop of creaminess in the mouth and buzzing carbonation at the finish will keep you coming back for more. The Nitro rendition of our Oats In Hose Stout, Smooth New Zealand IPA with notes of white grapes, melon, and tropical fruit. This Shandy style beer is a true sip of Florida sunshine.

You can meet us where the magic happens and enjoy a fresh pour of any of our exclusive craft beers. Named the overall winner for 2016 in the Best Florida Beer Competition. Belgian fans will relish this stunning sweet and []. The UK Pilgrim hops also add [].

For years you've indulged in our Lie To Me Chocolate Cherry Imperial Stout our annual February release with luxurious layers of dark chocolate, espresso and vibrant sweet red cherry.

This kettle soured berliner weiss dry-hopped with New Zealand Motueka Hops is light and tart with flavors of dry wheat malt. Taproom [], Dark dark Porter with flavors of coffee and chocolate in a velvety texture, While most brides exhibit some amount of anxiety on her wedding day, the June Bride hears the song of a spring that lasts all summer long. Key lime puree straight from the Florida Keys adds a smooth taste and sweet Key lime aroma. Spend a sunny day at the beach with this beer and youll think you are drinking liquid gold! A highly drinkable Florida ale steeped with hibiscus flowers for just the right amount of natural sweetness and a hint of cinnamon.

Berliner sour with a well-balanced marriage of Guava and Prickly Pear with a touch of vanilla bean for sweetness.

Big Storm's original coffee porter, aged in rich bourbon barrels adding a great flavor character to this popular beer. Food Pairings: BBQ [], Kalte meaning Cold in German is exactly how Big Storm likes to serve this Dunkel cold as hail. Light-bodied Chocolate Stout with dry finish, Hefeweizen with flavors of clove and banana, finshing with low hop bitterness, Sweet Milk Stout with chocolate and coffee flavors. This Gulf Coast IPA pours a beautiful golden orange and is brewed using 100% barley. It pours a rich, amber-brown color and features a dry, medium-bodied ale. Our Tripel has become a [], The highlight of this Belgian Quadrupel is a rich malty presence with satisfying impressions of dark fruits, such as plums, dates and raisins. Made with over 200 pounds of oats, this beer is a fun interpretation of an oatmeal stout. A hop-centric Double IPA, assertive both in aroma and flavor, and has a higher alcohol content than a standard IPA, Oats In Hose Oatmeal Stout with cocoa nibs Sweet Milk Chocolate-Velvet-Sexy *Valentines Day Special Release.

Category 3 has a higher alcohol content and features a yellow to deep golden color, with a creamy white head. We brewed the ultimate beverage for the bro (or sis) that isn't into sweet bubbles served in pretentious, highfalutin glassware.

Big Storms very first brew was this amber ale. Taproom exclusive. The complexity of this dry, pale beer contributes to the signature character of a Belgian Saison. A silver medalist at the 2016 Best Florida Beer awards, our Belgian Single is the first in the Big Storm Hurricane Series. It is pale yellow in color and pours a billowy white head. Tap into a unique beer experience at one of our four, Florida taprooms. Taproom exclusive. Taproom exclusive.

Rich, amber-brown dry, medium-bodied ale with sweet notes to finish. Citrusy esters are present with a slight note of banana, as the beer laces the glass. Food Pairings: Garlic [], Deep brown Scottish Ale with nutty and wood notes, For his Brewers Series beer, Pinellas Lead Brewer Anthony Stone didnt want to use the trendiest new hop or most radical brewing technique he simply wanted to create a clean, hop-forward West Coast-style pale ale like the ones he used to drink back home. Imperial Stout with notes of chocolate, cherry, toasted coconut, and vanilla, Smooth drinking, very approachable, malt-forward lager. A light addition of flaked oats lends a slightly sweet and smooth finish to round out the beer. [], Refreshing Kumquat sweet malt with citrus finish, Red Irish Ale with aromas of toast and caramel, and dry finish, Just in time for Summer, Sun on Maibock is a fun interpretation of traditional German lager. This best seller presents dark or dried fruit esters reminiscent of raisin, plum and dates. A lightly toasted, bready malt character is evident with a sweetness of golden honey, and a crisp clean hop finish. "Am I in a forest?" Four hops varieties come together for the perfect storm of juicy and fruity, while the smooth malt balance of barley, oats, and wheat. The California Common originated in 18th century California, where brewers without access to refrigeration produced beers using lager yeasts and warm temperatures.

Our American Pale Ale has uniquely subtle bitterness due to its unparalleled balance. We took 2019's Huracn Imperial Stout and aged it for five months in six-year-old Jamaican rum barrels. A traditional Berliner Weiss of Northern Germany brewed with two-row barley and pale wheat. This beer was aged in French and Hungarian white oak Chardonnay barrels and has an aroma and notes of honey, vanilla, oak, and liqueur with subtle hints of banana and clove. We use a strategic combination of Munich, Caramalt and chocolate malts with light noble hops to balance this complex flavor profile. Meaning Bad Weather in French, Big Storms Mauvais was inspired by the ale farmworkers drank throughout the French-speaking region of Belgium. This extraordinary Belgian Quintuple pours a stunning golden copper with a thin head that quickly dissipates. Smooth finish accentuated with hops to balance the malt. This Kick in the Grass is ready to go the full 90 minutes and won't slow you down as you take in all the action the Rowdies can dish out.

Food []. The dense creamy off-white head sits atop a clear and complex sweet malt flavor that generally [], As hurricanes grow stronger with each category, so does the Big Storm Belgian series. Ours is a medium-bodied beer with a slightly sweet, toasted bread crust malt flavor. Tart German wheat beer with sweet tropical fruit flavors, Tart and refreshing Berliner Weiss flavored with black currants. A collaboration with 5 Branches Brewing in Tarpon Springs, Fl. American Premium Lager with malt sweetness and a hint of German hops. Winner of a silver medal in the 2014 Florida Brewers Championship, Sweet German Marzen beer, Brewed with a large proportion of wheat relative to the amount of malted barley, this all-American wheat beer is sure to please a variety of pallets. Refreshing Berliner Weiss with light sweetness and tartness, available in Mango, Raspberry, Blueberry, Pomegranate, or Woodruff flavors. This malt-forward Porter gives a rich aroma of toast, coffee, and chocolate, with subtle notes of dried fruit. The airy character is refreshing and as fun as a trolley ride to the Worlds Fair. American Red Ale, malty and hoppy with an amber color, Medium-bodied beer with a complex malt character, giving notes of toast, biscuit, and caramel, The American Porter pours a dark, reddish-brown, with a tan head of foam.
Page not found - Supermarché Utile ARRAS